The largest annual R conference attracted to Belgium over a thousand R enthusiasts from across the globe, with a packed week of tutorials, talks, discussions and exchange.

The scope of the talks was broad, but several trends in the R-community could be observed. Probably the most controversial and discussed keynote speech was given by Norman Matloff who gave strong, but constructive, criticism to Spark. In his view, Spark exhibits too much overhead and is not suitable for useRs. Other cluster computing strategies relying on “leave-it-there” and “software alchemy” approaches would be much more efficient.

Shiny got a lot of attention and was praised throughout the field. In particular, several talks focusing on education emphasized the importance of graphical and interactive tools such as Shiny. Performance optimization was another sticky topic. Rcpp was mentioned as the key method to speed optimization by several speakers and useRs. On top of that, tidyverse grammars were widely promoted and Docker containerization was seen as the solution for reproducible data analysis in complex IT landscapes.

Uwe Ligges gave an extremely interesting historical perspective of the birth of CRAN 20 years ago. Nowadays, CRAN contains more than 2^13 packages and the number is growing exponentially. The huge repository of free packages was not only seen as the biggest contributor to R’s recent success, but also as a challenge. Uwe went into detail and explained how CRAN compiles (builds) the packages and checks that all of them work together as intended.

useR!2017 also had a strong community aspect. R Consortium, R-ladies, and several other R-communities were visible at the conference. Industry was mainly represented by the efforts done by Microsoft and Oracle. On top of that, several smaller consulting and training companies promoted their products. Riccardo gave his talk on the new Mirai rTRNG for reliable and parallel random number generation.

We say cheeRs with the excellent Belgian beer and hopefully we will see everybody again next year Down Under. 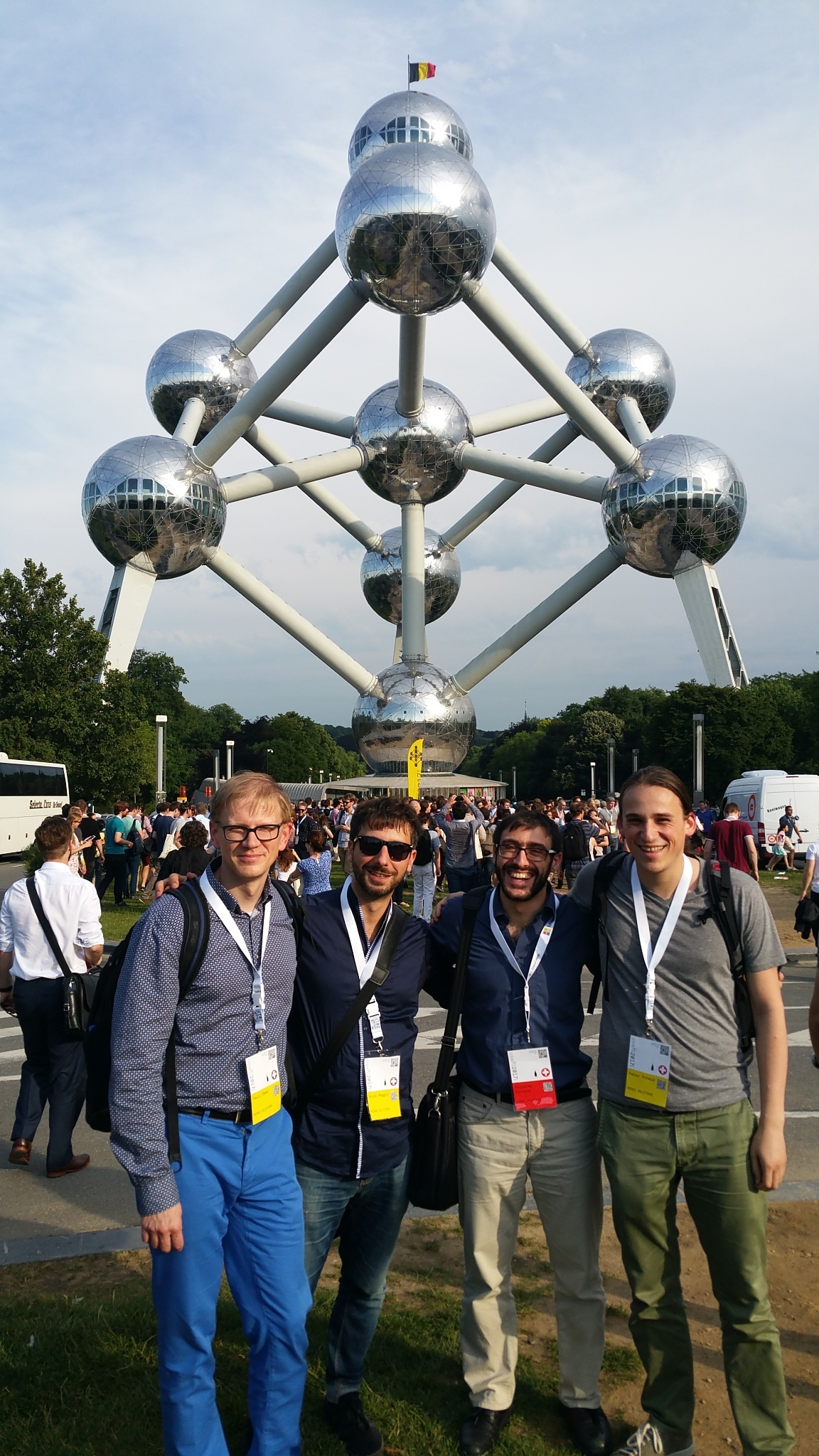