Women in Data Science (WiDS) is taking place in Zurich for the second year in a row!

WiDS Zurich is a regional event of the Women in Data Science Global Movement. This event is a technical conference, featuring female engineers and business leaders, which aims to inspire, support and educate data scientists worldwide, regardless of gender.

This year it will be a two-day event taking place on the 4th-5th April at the Swiss Re’s Centre for Global Dialogue. In addition to the general conference talks, there will also be an art exhibition featuring female artists who employ machine learning to create their own visions of the world, push technology to its limits and highlight its social consequences.

The cost of the event is 40 CHF for students and 100 CHF for professionals. Travel grants are also offered by the conference organisers.

Registration for the event is now open!

Mirai’s Francesca, as part of the WiDS Zurich organisational team, says spots are selling out quickly, so you better hurry up to secure your spot. 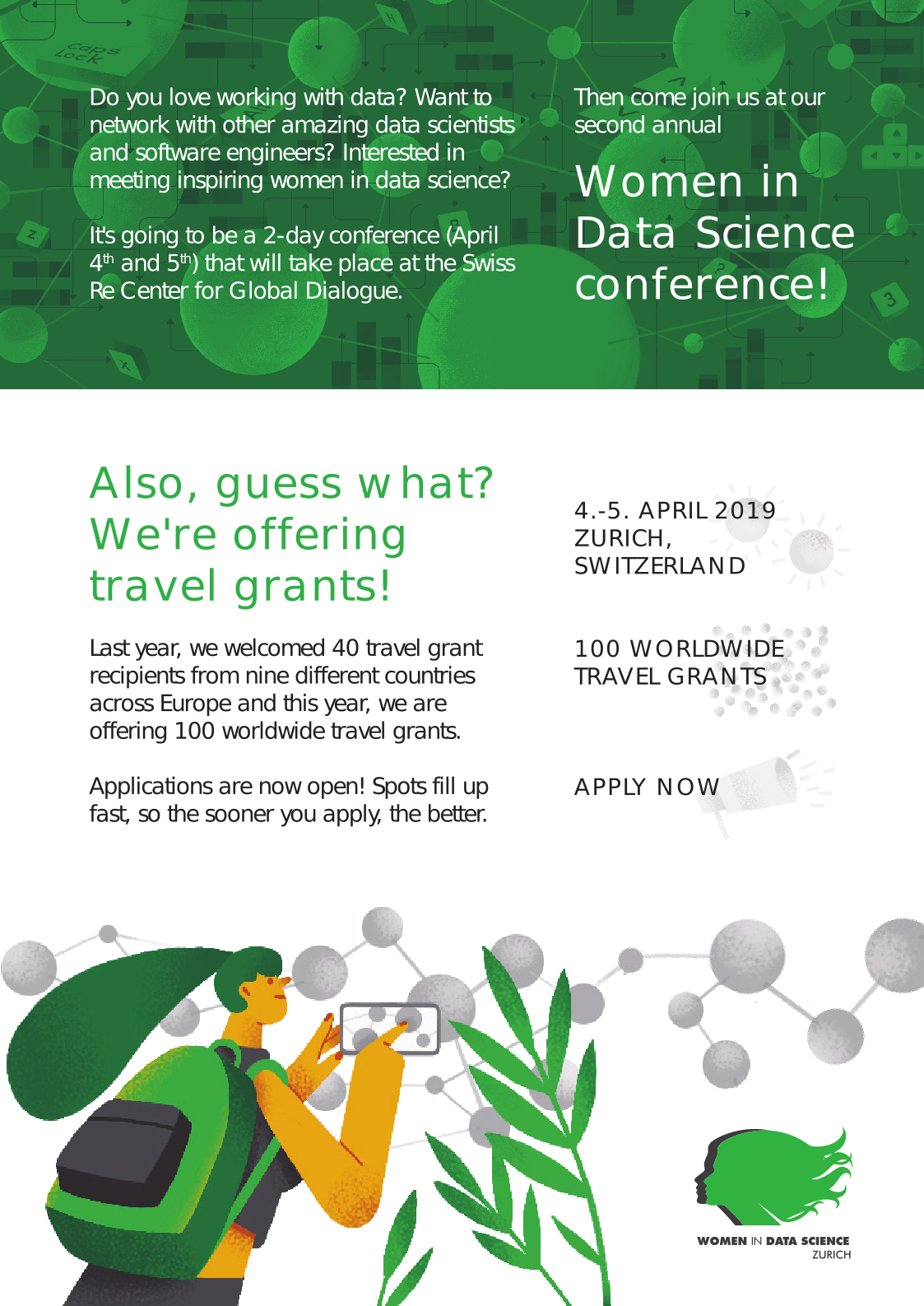