For the 2020 Winter event, Miraiers decided to lighten their heads by practicing some flying at Windwerk in Winterthur!

After gearing up and practicing some basic positioning, we were ready to enter the wind tunnel. 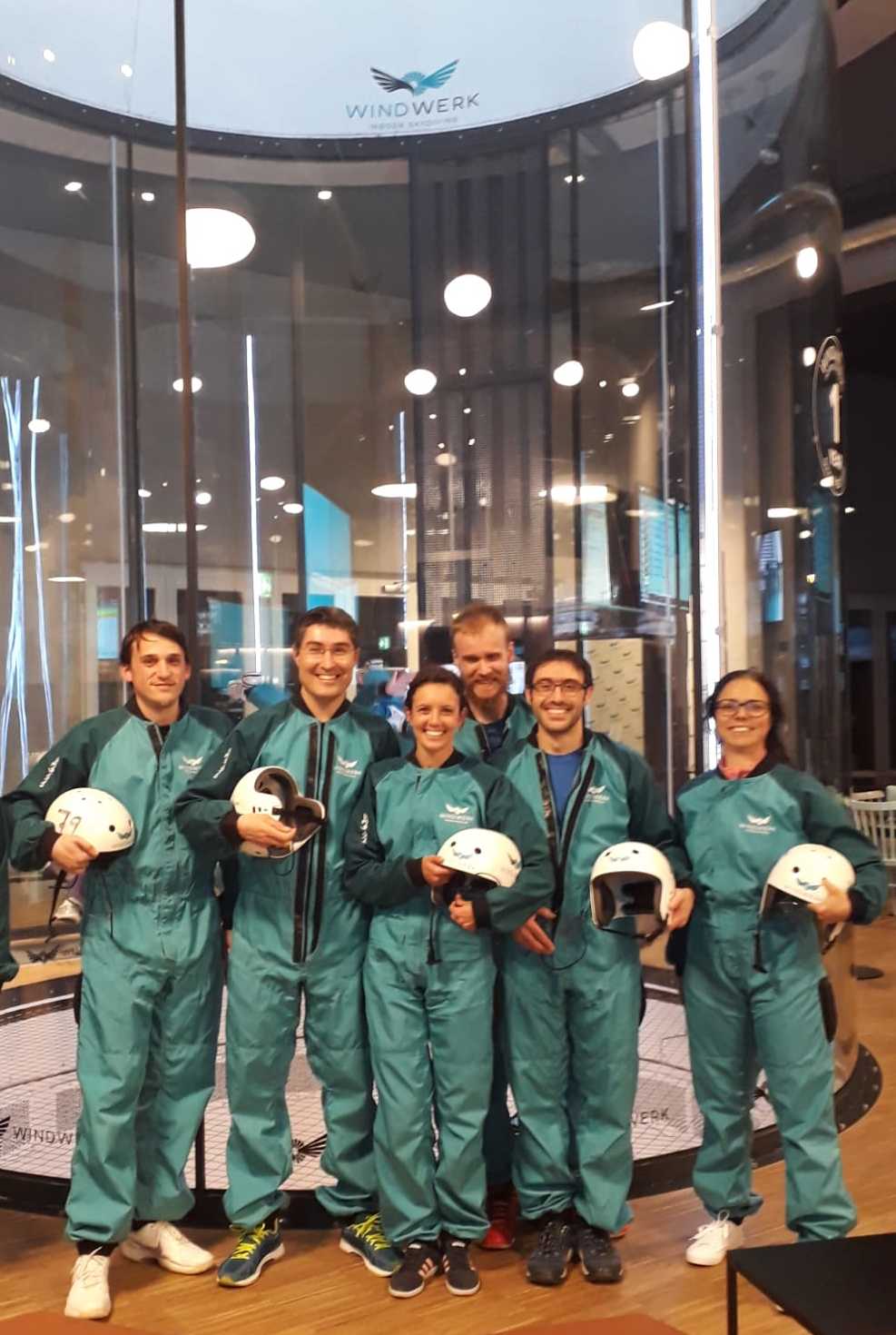 We had three rounds of flying of approximately 1.5 minutes, each time advancing with some new techniques. In the first round we learned how to stabilize ourselves and adjust positioning through head and body movements. 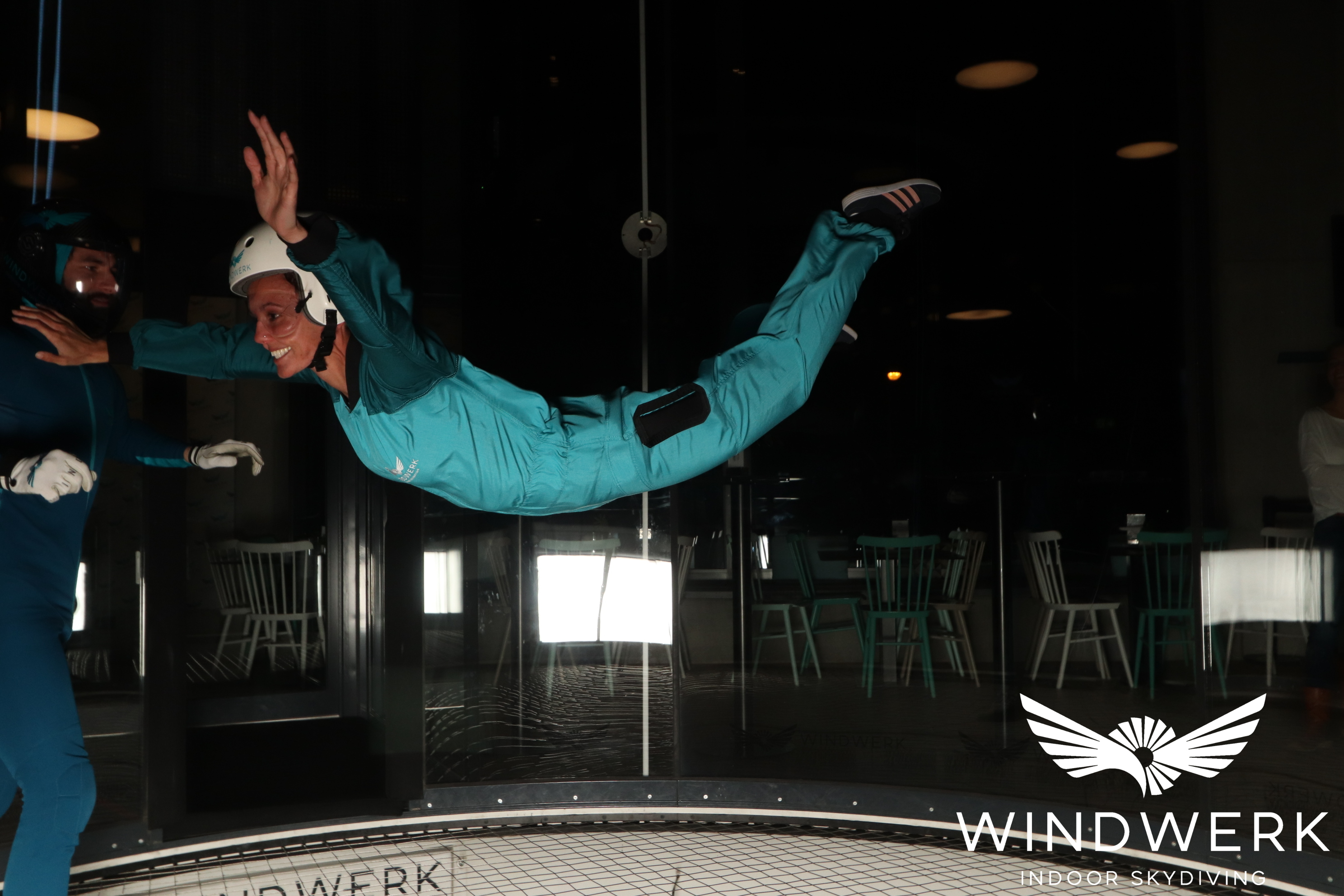 The second round involved learning how to move freely in the tunnel by going forward, backwards, and in circles. This was quite challenging as most movements were incredibly counter-intuitive :) The third round was the ultimate experience with the instructor spinning us around in the tunnel!

Following the event, we recharged our batteries with a nice fondue dinner at the Winti Alp.